skip to main | skip to sidebar

Time flies when you're having fun - and it's been a busy year!

Scrumpy has had to have her VNS removed due to an infection (May) and a second hospital stay (December) to try and replace it.  Sadly the scaring left from the first implant means a second is not an option, but we are grateful to the surgeon for trying his very best.

Life continues to challenge us all, Scrumpy continues to have major seizures every 4 or 5 days and has absences constantly.  Some days she's more absent than present!  We are supported by a good team and that makes a big difference to our life experiences.

The beautiful Bear has had a rough year with medication changes, increased seizure activity and sensory challenges.  Always a whirlwind, still a force of nature, now with a "Beleive the hype" sweatshirt to warn by-standers....

I find myself saying "Usual chaos, different day" so often when people ask "How are you?" or "How's it going?" just because those that get it get it and those that don't won't.  Sometimes, in fact most times, I don't have the energy to go in to the whys and wherefors and I guess that's exactly why this blog has been negected for 12 months.  I've been too taken up doing to report doing.

Posted by Amanda at 3:07 PM No comments: 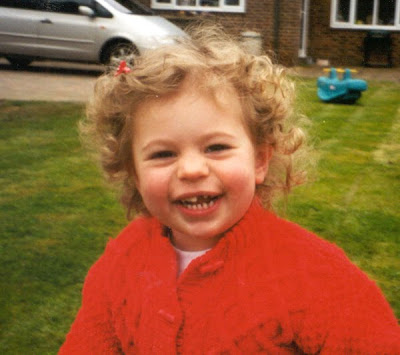 Bear has always been beautiful ( age 2 above), but she's blooming into quite the young lady these days. Yesterday, I can scarcely beleive, she turned 13 in style and only as a Bear can. She had cake and a "showstopper" candle (yes, it's really called that and does what it says on the tin!) at school with her friends, presents at home and a Chinese take away for tea.
Tomorrow the festivities continue with a lunch party and more cake and candle. Having sent the traditional super-chocolatey chocolate cake to school I'm experimenting with a banana cake recipe, sandwiching it with caramel and butter icing - it's either going to be a triumph or efinately not...
Posted by Amanda at 5:37 PM 2 comments:

(for some reason my linky thing isn't working so hope you can get it through the long way round!)
Posted by Amanda at 3:59 PM 1 comment:

After a Christmas and New Year break marred by illness the girls return to school was much anticipated and looked forward to by all but it has been a somewhat patchy return and we've yet to get to normal - whatever that is!

Two weeks in and the chaos continues with Bear having a lot of trouble with side effects from a new medication. The hope was it would help her manage her compulsive behaviours but I (and I think I can speak for her too) would rather have the face smashing, the bouncing and running than the vomiting, anxiety and (yet more!) sleep issues that she's had over the past week.

As Bear's compulsive behaviours have become more and more prevalent to the point they dominate her days and nights we made the decision to try medication to aleviate the symptoms. She reached the point of not being able to take more than one or two mouthfuls of food without having to get up and bounce or run up and down the corridor, not being able to enjoy a bath without having to get out and bounce (she knows the rule, no bouncing in the bath, so she has to get out). We can ask her not to bounce, not to smash her face into a pillow on the floor from standing but we might just as well ask her not to breathe. This is something she has to do, not someting she chooses to do. This is not fun. This is not rewarding to her.

A few months ago now Bear broke her ankle. It was a classic skiing injury of a crack across her bone just above the level of her walking boots. Even though she was in considerable pain she still ran, with support, the wrong way up the corridor before going out the door for school. That's what compulsion means. No Peace, no space to enjoy simple pleasures, no chance to concentrate or learn.

After trying diet and behaviour modification approaches we didn't choose the medication route lightly, this group of drugs is heavy duty after all, but Bear deserves a chance to fulfill her own wants and desires in life, to make her own choices and learn. Let's hope we can make this last ditch attempt work for her.
Posted by Amanda at 11:08 AM No comments:

On 7th November 2011 Scrumpy had her VNS operation. HotHubs and I took her down to Dundee where we were thoroughly looked after, being given our own room with our own loo away from the hullabaloo that is a childrens' ward. The staff were all lovely and very supportive. When it was time for Hot Hubs to head home to Bear they came to sit with Scrumpy so I could get a drink or something to eat. All in all it was a very positive experience of being in hospital and thanks to my friend Michelle I had a good book to read to the soundtrack of Toy Story 1.

The operation itself went without a hitch and Scumpy has recovered well with two approximately 6cm scars. The big switch on was at the beginning of December and passed without incident. One of my fears had been that Scumpy would not be able to tollerate the sensory stimulous when the VNS fired (a side effect is you have a hoarse voice and a slight tickle) but even after two increases in stimulous strength she is still unaffected.

Has it worked? Well, so far so good. We have had several seizures which we have been able to treat using the magnet to boost the signal and avoided using emergency medication. The seizure has been shorter and recovery has been swifter. Previously Scrumpy would be wiped out for the day by a combination of seizure and medication but she has been more herself and up for more than watching TV in her room within hours of fitting which is a huge improvement.

Will it last or will it be a three week wonder, like all those medications we tried, who knows? For the moment we are positive and enjoying the increased "up" time. Currently seizures are at the same interval but hopefully they'll become fewer and further between as we progress with the VNS. It's early days.
Posted by Amanda at 3:00 PM No comments:

Well having abandoned my blog for quite some time, (mainly due to being lured away by the instant gratification that is Face Book) we have decided to blow the cobwebs off and give it a revamp. I say "we" because Hot Hubs has decided to get involved and will be lending the often over-looked Dad's voice to proceedings. As you can see from the revamp, it'll be a whole lot more personal and about the whole Highland Madness family.

Buckle up for the rollercoaster ride that is our life here in the Highlands!
Posted by Amanda at 1:13 PM 1 comment: 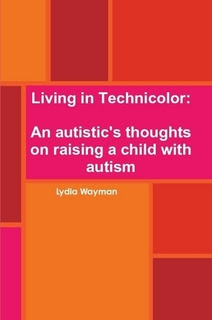 Lydia's second book is available from Lulu.com today - I did a blurb for it and the draft I read was illuminating.
Click HERE for your copy
Posted by Amanda at 8:54 AM No comments: 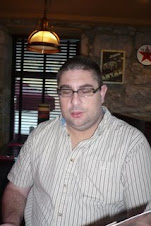 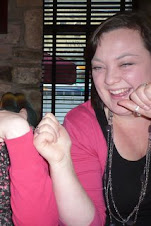 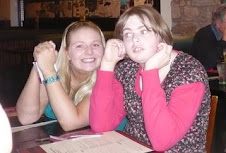 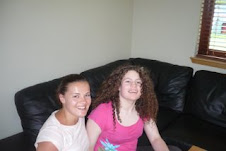 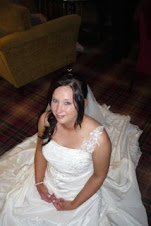 Amanda
Highlands, United Kingdom
I have a husband (Hot Hubby) who writes here too and two girls (Scrumpy and Bear), both of whom have severe autism and epilepsy. In 2005 we sold our computer services business and house to move 612 miles north to The Scottish Highlands. We now live in the backend of nowhere, where we try to manage the chaos of life and keep smiling through the challenges.